The mission of the USA Science & Engineering Festival is to stimulate and sustain the interest of our nation’s youth in science, technology, engineering, and math (STEM) by producing and presenting compelling, exciting, and educational STEM events and programs! 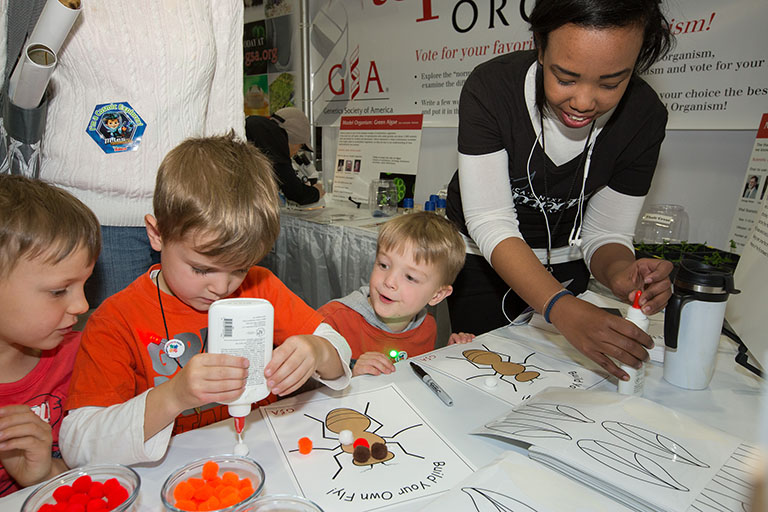 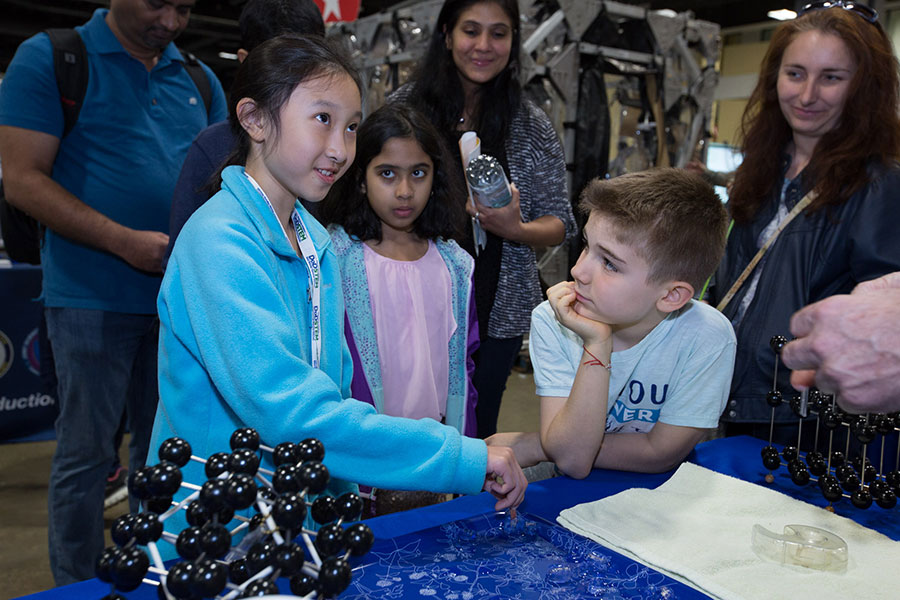 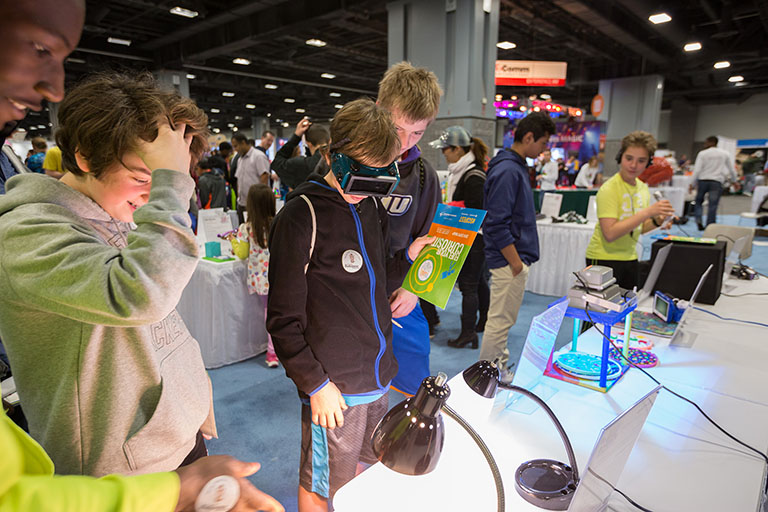 We Accomplish Our Mission By

Celebrating STEM through stellar, multi-faceted programs with high entertainment value and integrity of scientific content, that is accessible to the general public.

Involving the most dynamic leaders in business, technology, government, education and culture to support and engage in our mission.

Building the nation’s largest network of individuals, institutions, corporations and organizations with similar focus, resulting in increased collaboration between the scientific and educational communities.

Spreading our message through powerful media partnerships and an effective communications strategy, resulting in increased public awareness of the importance of STEM in our lives.

Committing to provide educational and inspirational programming to the general public at little to no charge in order to engage the largest possible audience, including underserved populations. 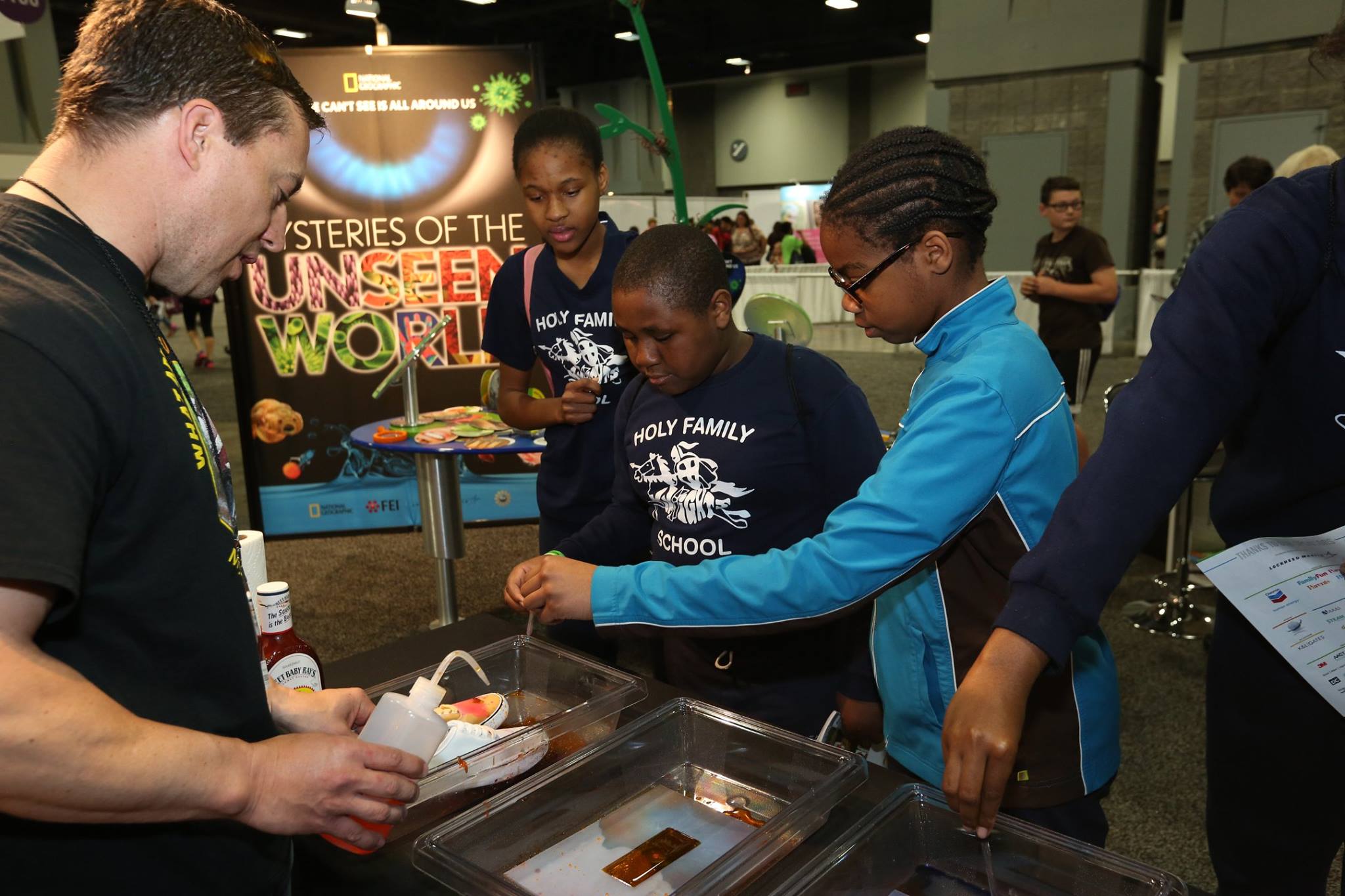 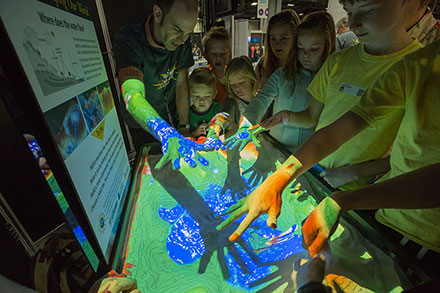 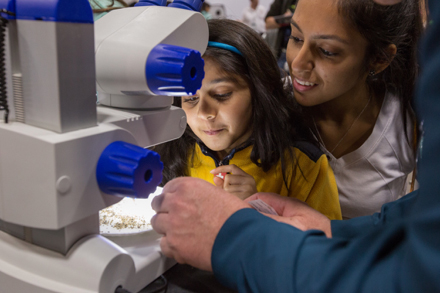 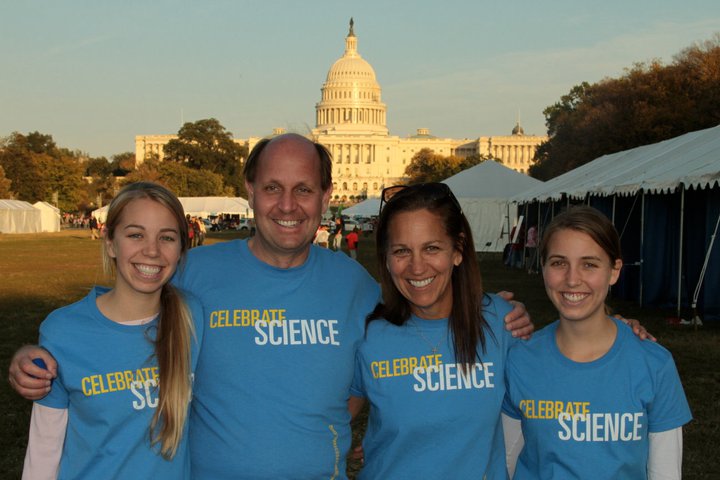 “During a trip overseas with my family several years ago I became fascinated with the international science festivals taking place in such countries as Great Britain, Germany, Italy, and parts of Asia. What’s exciting is that the science festivals abroad are devoted specifically to celebrating all aspects of science through inspiring lectures, hands-on activities, and exhibits and contests, in addition to integrating music, art, film, comedy and other mediums into science topics. I was really impressed with the power and potential of these events to inspire students and others about science in fun, creative and exciting ways.  Such an approach, I thought, could be a sure-fire way to ignite the interest of U.S. students and the public in the power and potential of technology.” –  Festival Founder Larry Bock

With a science festival, Larry Bock wanted to inspire students the same way he was inspired – through teachers, experiences, and interactions with role models. He envisioned a festival to do for science and engineering what Comic-Con did for superheroes. 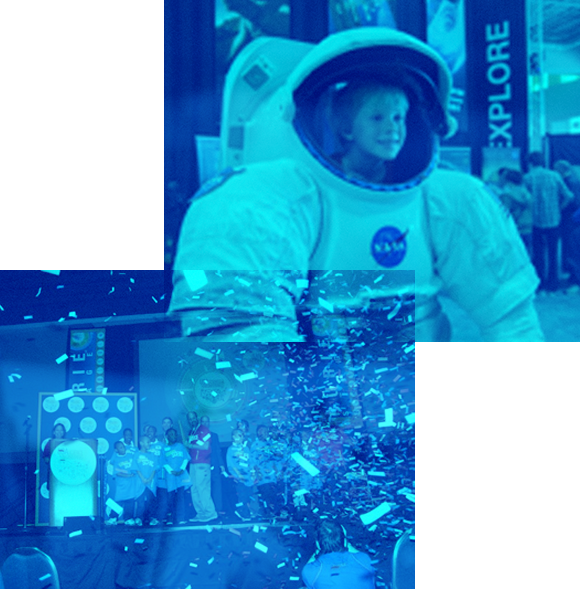 Celebrating STEM in the United States

Larry founded the San Diego Science Festival in 2009 and then, with the partnership of  Expo Sponsor Lockheed Martin and the support of other organizations, the inaugural USA Science & Engineering Festival took place in Washington, D.C in 2010. The Festival has continued, unbelievably bigger and better every other year since then.

Larry’s vision was to keep the momentum of the Festival going strong throughout the school year so he created the Nifty Fifty Program, bringing STEM professionals to schools across the country, as well as the TED-style speaker event, the X-STEM Symposium.

“The Festival focuses on meeting a critical need in America:  motivating and invigorating the next generation of young innovators about science and engineering and, at the same time, expanding the public’s appreciation and understanding of science and technology.” – Larry Bock

Larry Bock passed away in July of 2016 and the Festival team will continue to celebrate innovation and fulfill his legacy. Now approaching the 10th anniversary, we have seen extraordinary growth and reached hundreds of thousands of young people. The USA Science & Engineering Festival now occupies the entire two million square feet of the Washington, D.C. Convention Center and has consecutively set and broken the Convention Center attendance records. We are proud to continue our supportive and ongoing Sponsor and Exhibitor partnerships with corporations, government agencies, non-profit organizations, and colleges & universities to bring over 3,000 hands-on STEM activities to the next generation of scientists, technologists, engineers, and mathematicians.

“This event is about inspiring and motivating the next generation of innovators through science and engineering, while also educating teachers, parents and the public about the exciting cutting-edge advances taking place in technology.” – Larry Bock

Larry Bock was the Founder and Principal of Science Spark, a 501(c)3 non-profit corporation, and was the founder of the USA Science & Engineering Festival. Today, Larry’s vision to educate and inspire our next generation to pursue STEM careers has grown into the nation’s largest science festival and an organization with a global effect on STEM education—a testimony to Larry’s enduring impact on the future of discovery and innovation!

“Science is amazing…that’s our message to kids and adults attending the Festival. Staying competitive as a nation means we have to encourage more kids to think about careers in science, technology, engineering, and math (STEM).”- Larry Bock

Mr. Bock was a General Partner of CW Ventures, a 100M life sciences venture capital fund, and a Special Limited Partner to Lux Capital, a 100M nanotechnology-focused venture capital fund. Prior to that, he spent nine years as a partner at Avalon Ventures with his friend, Kevin Kinsella. He was a Member of the Board of Directors of FEI Corporation (NASDAQ: FEIC), the leading supplier of tools for nanotechnology research.

Mr. Bock started his career as a Researcher in the early days at Genentech, Inc. in the field of infectious diseases, where he was on the team that received the AAAS Newcomb Cleveland Prize for demonstrating the world’s first recombinant DNA vaccine. His most recent venture, Aira, a visual services company for the blind which he co-founded. Early in his career, he was a Venture Capital Associate with Fairfield Ventures (now Oxford Bioventures).

He received numerous awards and honors. Mr. Bock was selected as by the US Commission for UNESCO as the nominee representing the United States in the international competition for the 2011 Kalinga Prize for the Popularization of Science. He was a recipient of the Hoyt S. Vandenberg Prize from the Air Force Association for the best STEM Education Program and of the 2014 Viktor Hamburger Outstanding Educator Prize of the Society of Developmental Biology. He was selected by Venture Capital Journal as one of the “Ten Most Influential Venture Capitalists,” by Red Herring as one of the “Top Ten Innovators,” by Forbes-Wolfe NanoReport as the “Number One Powerbroker in Nanotechnology,” by Ernst & Young as a Finalist for “Entrepreneur of the Year,” and by Small Times as “Innovator of the Year” and “Top 3 Business Leaders of the Year.” He received the Einstein Award by the Jerusalem Foundation for lifetime contributions in the field of life sciences. And he was one of a dozen individuals invited to the signing of the 3.7B 21st Century Nanotechnology Act by President George Bush in the Oval Office.

Larry and his wife, Diane, established the Larry and Diane Bock Chair in Nanotechnology at the University of California, Berkeley held by Dr. Paul Alivisatos. They also founded Community Cousins, a non-profit foundation focused on breaking down racial barriers, which was selected by former Vice President Al Gore as one of ten outstanding grass root efforts nationally.

Larry’s accomplishments in life were a testament to his brilliance, passion, drive, and love. He was taken from us much too early. But the Science Festival will go on, combining his love of science, entrepreneurship, jovial spirit, sense of adventure and his fondest hopes and dreams as a Dad.

“ As a scientist and an educator, I was absolutely thrilled to be a part of the X-STEM Extreme STEM Symposium and the USA Science & Engineering Festival in Washington, D.C. Both events provided a grand opportunity to interact with students and learners of all types over the course of four days. ”

“ First time attending this event. Definitely not the last. So much to see! My son LOVED ROBOT FEST!! Thank you all so much for making this happen. Our future depends on events like these. I wanted my son to see what the world of science and Engineering and to offer and the USA Science & Engineering Festival really did deliver just that! ”