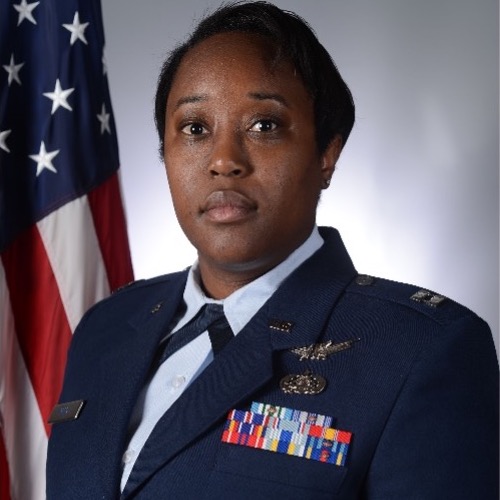 Captain Reed enlisted in the USAF in 2011 as a cyber systems operations technician and received her commission through the Officer Training School in 2016. Prior to her current position, she was assigned as a Space Operations Center (SOC) Commander assigned to the 2d Space Warning Squadron on Buckley Air Force Base, Colorado. Captain Reed’s experience also includes time as a squadron instructor and chief evaluator, and she deployed to the Central Command area of responsibility as a Space Duty Officer and the first Space Liaison Officer to U.S. Naval Forces Central Command.