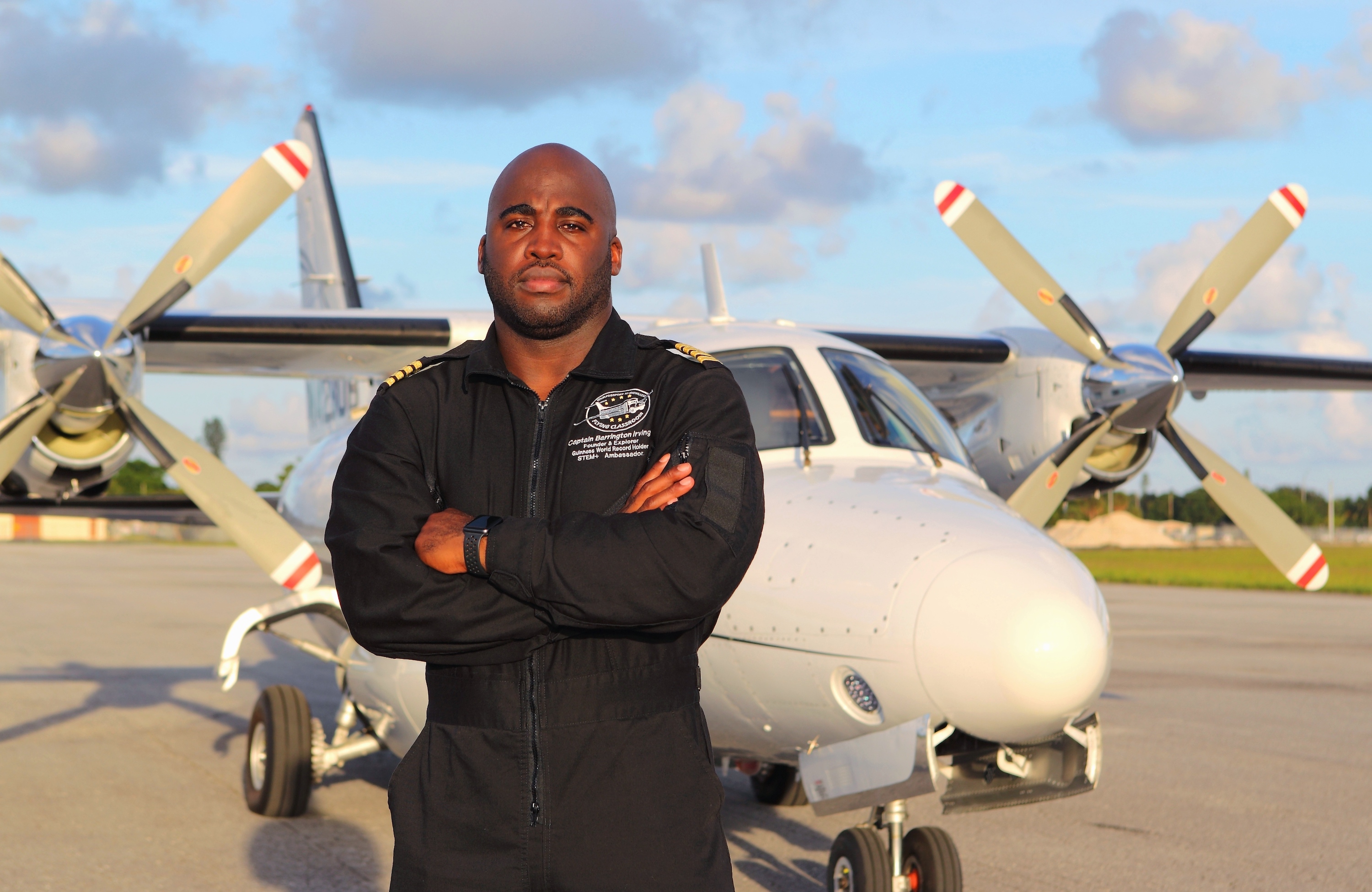 Captain Barrington Irving has traveled to over 50 countries, conducted more than 50 STEM expeditions, and successfully challenged middle school students to build a car faster than a Ferrari 430 and then high schoolers to build a plane he flew on its test flight.  In 2007, he set two world records—at age 23—as the youngest person and first black pilot to fly solo around the world.  He has a passion to explore, inspire, and educate others. Now 37, Barrington is an explorer that investigates real world STEM problems across the globe. Established by Captain Irving in 2014, the Flying Classroom is a K-8 STEM+ digital curriculum that challenges students to design innovative solutions to the problems he investigates.

Before founding the Flying Classroom, Barrington created a nonprofit, Experience Aviation, which offers hands-on, STEM-based programs and career guidance to middle and high school students all throughout the country.

Born in Kingston, Jamaica and brought up in inner-city Miami, Barrington was inspired to pursue aviation at age 15, when a Jamaican airline pilot offered to mentor him.  He rejected college football scholarships to pursue a career in STEM and never looked back.