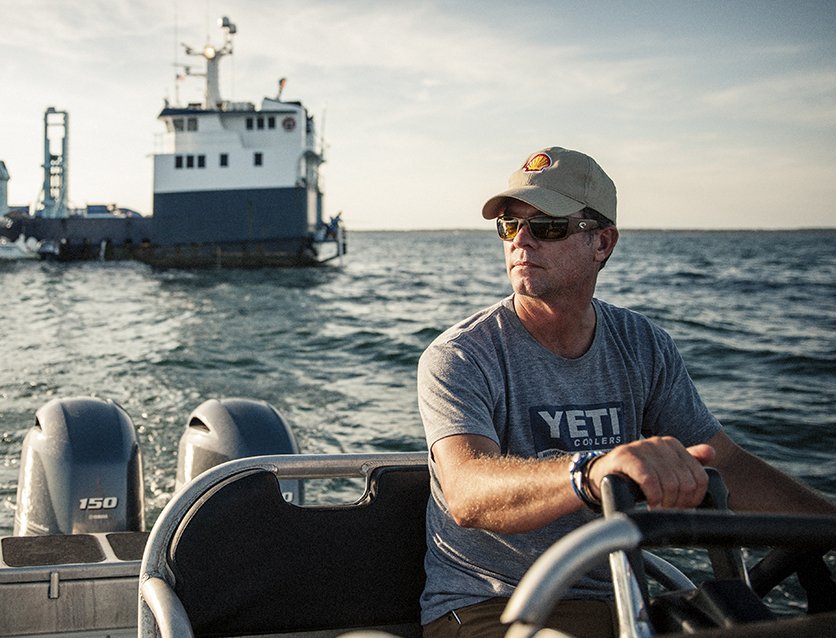 An explorer and disruptor, Chris has led 39 global expeditions focused on accelerating the ocean’s return to balance and abundance, by unlocking the life history puzzle of white sharks and other keystone species through expeditions aboard the OCEARCH.

In the spirit of including a global audience in his work, the OCEARCH TRACKER launched in 2013, allowing nearly 2 million annual users to learn about sharks while tracking them across the planet in near-real-time. Further, a STEM curriculum based on the Tracker contains more than 100 lesson plans is made available through ocearch.org.

Fischer began his career as an explorer as host of the four-time Emmy Award-winning “Offshore Adventures” from 2001 to 2009. It was the #1 watched outdoor TV series and had the goal of pouring the oceans back into people’s lives. From 2009 to 2012, Fischer hosted 20 hours of TV episodes on National Geographic Channel and 10 hours on the History Channel, chronicling the research on the white shark.

A graduate of Indiana University, Fischer continually explores the world alongside his wonderful family and crew.