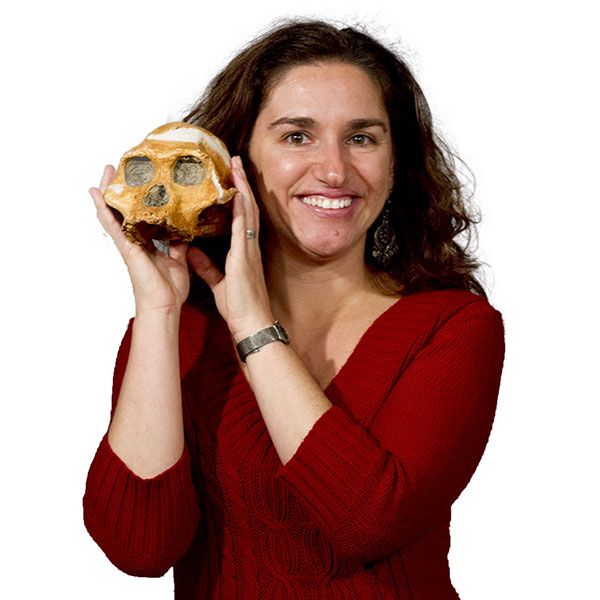 Meat-Eating and Other Lessons From Our Ancestors: Explore Our Evolutionary Past With Anthropologist Briana Pobiner

What does it mean to be human?  Like other scientists in the field of anthropology, Briana Pobiner, a paleoanthropologist and science educator at the Smithsonian National Museum of Natural History, uses this question as an important framework as she delves into the mysterious evolutionary past of the human species.

As a paleoanthropologist, Briana studies the predecessors of our own species Homo sapiens, using fossils and other remains. In this realm, her area of research is indeed an interesting one: the evolution of human diet (with a focus on meat-eating), which has also included topics as diverse as cannibalism in the Cook Islands and chimpanzee carnivory.

Briana’s fieldwork to investigate how and what our ancestors ate has taken her to Kenya, Tanzania, South Africa, and Indonesia, and her studies have been supported by organizations such as the Fulbright-Hays program, the Leakey Foundation, the National Geographic Society, the National Science Foundation, Rutgers University, the Society for American Archaeology, the Smithsonian Institution, and the Wenner-Gren Foundation.

So, why do we humans have a penchant for eating meat?  Briana responds: ¨It’s interesting — those ‘why’ questions are the hardest to answer in prehistory. Some ideas have to do with potential changes in climate, where foods like fruit and different plants and other things that we may have eaten maybe became less available. Another thing is that there were big carnivores in the past that ate different kinds of animals, and there may have been a lot of meat left over in those animals. Some of our ancestors may have said, “‘That’s a new food resource.’”

In her work in the far-off regions of Africa and other locations, her favorite and most memorable field moments include falling asleep in a tent in the Serengeti in Tanzania while listening to the distant whoops of hyenas, watching a pride of lions eat a zebra carcass on the Kenyan equator, and discovering fossil bones that were last touched, butchered and eaten by one of her 1.5 million year old ancestors.

At the famous Smithsonian’s National Museum of Natural History, which she joined in 2005, Briana also leads the Human Origins Program’s education and outreach efforts and manages the Human Origins Program’s public programs, website content, social media, and exhibition volunteer training. Additionally, she serves as an Associate Research Professor of Anthropology at the George Washington University.

Briana has a Bachelor’s of Arts degree in Evolutionary Studies from Bryn Mawr College (1997), where she created her own major, and an Master’s of Arts degree (2002) and Ph.D. (2007) in Anthropology from Rutgers University.