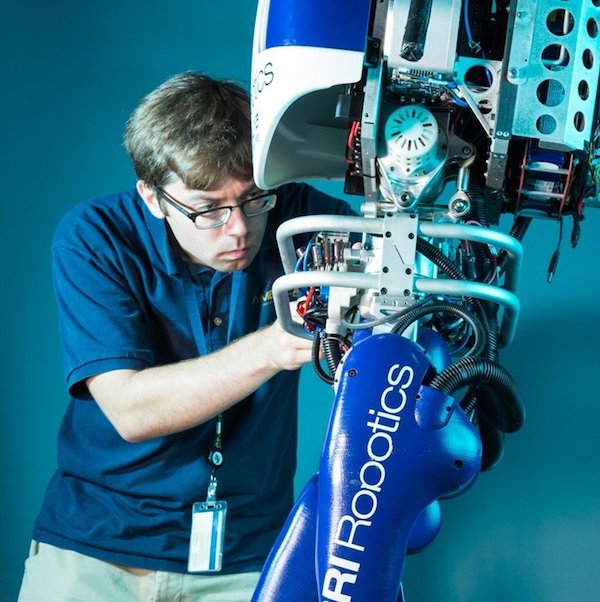 Robotics Scientist, Christian Hubicki: The Challenge of Creating Robots That Walk and Run

One thing is immediately apparent about robotics research scientist, Christian Hubicki: He absolutely loves what he does, including talking about it with kids and other non-scientists. “I trained as an engineer with a specialty in building and coding robots. My passion is to take on the most interesting and challenging problems in robotics, and best of all, to tell the world all about it,” says Christian, Assistant Professor of Mechanical Engineering at the Florida A&M-Florida State College of Engineering where he specializes in bipedal locomotion (robots and other biomechanical machines that walk and run on two legs, like people).

Besides being cool, the study and creation of robots has an even deeper importance, he explains on his kid-friendly website: “Robots can make us safer and more productive. If we make great robots, then jobs that are dull or dangerous don’t need to be done by people. It’s a shift that would transform humanity.”

So, why build two-legged robots? These machines are capable of going anywhere that is too harmful or inaccessible for humans, Christian says. For instance, “a robot with legs could charge into a burning building, run up the stairs, break down a door, and carry the people inside to safety.”

Christian’s work has been featured in numerous media outlets ranging from the Science Channel to “The Late Show with Stephen Colbert.” Another fact: He is a contestant on the current season of Survivor.