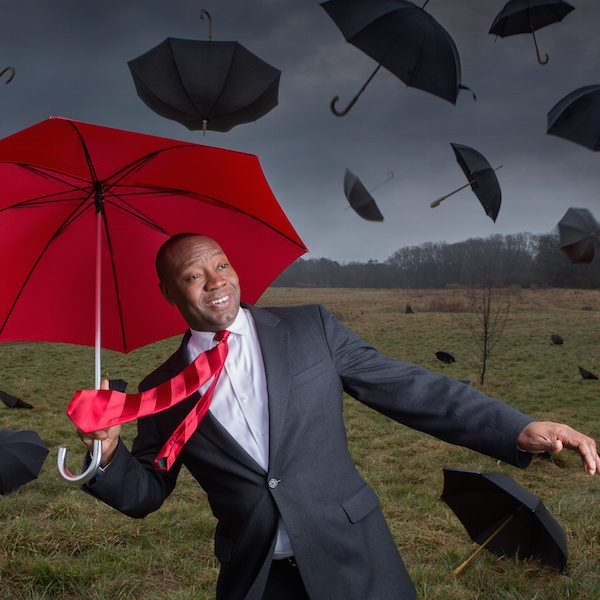 Inside the Fascinating, Challenging World of Meteorology With Dr. J. Marshall Shepherd

The recent and unprecedented rash of monster hurricanes such as Harvey, Irma, Maria, or Nate — and even the tragic wildfires of northern California this autumn – are key examples of the critical role that meteorologists play in tracking, studying and monitoring these highly challenging weather and atmospheric systems, helping to save numerous lives in the process. Yet many in the general public still have misconceptions about what meteorologists do and the tools they use in their job, such as computer modeling and satellite images, says noted meteorologist J. Marshall Shepherd, the Georgia Athletic Association Distinguished Professor in the Geography Department at the University of Georgia, and the Director of the university’s Program in Atmospheric Sciences.

Writing recently in Forbes magazine where he regularly opines on weather and climate-related topics, Marshall reports that the American Meteorological Society (AMS) defines a meteorologist as a: [person with specialized education] “who uses scientific principles to explain, understand, observe, or forecast the earth’s atmospheric phenomena and/or how the atmosphere affects the earth and life on the planet.” Originally, the field of meteorology evolved “from reliance on celestial signs and natural philosophy to its current role as a science of observations and physics-based concepts, and modeling atmospheric processes,” explains Marshall, who spent 12 years as a Research Meteorologist at NASA-Goddard Space Flight Center, and currently hosts The Weather Channel’s Sunday talk show, Weather Geeks.

Some common myths among the public about his profession that he likes to clarify include:

—Most meteorologists are NOT on TV: Of the 14,000 or so meteorologists who are members of the American Meteorological Society, fewer than 10% of them work in television, statistics show, he says. “Like engineering or teaching, there are different types of meteorologists.” Many work in federal labs, universities and the private sector in research.

— Meteorology is based on lots of physics and advanced mathematics: Says Marshall: “The atmosphere is a fluid that must be understood from the perspective of the physical system, and weather models also solve complex equations describing the changes in this fluid. Therefore, weather forecasting is far more than pattern recognition or 4th grade lessons about fronts and cloud types.” Many meteorologists have degrees in physics, chemistry, mathematics, and other fields, he emphasizes.