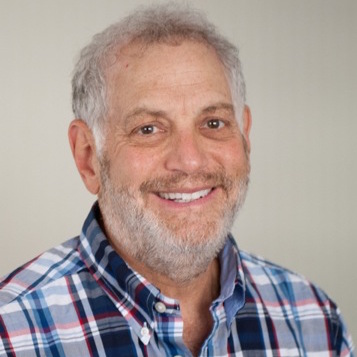 As a noted researcher in particle astrophysics, Jordan Goodman, professor and former Chair of Physics Department at the University of Maryland, is currently focused on two ambitious experimental efforts — one located in the high mountains of Mexico, and the other below the clear, deep ice of the South Pole Station.

These projects, with such curious names as HAWC (the Mexico effort) and IceCube (the South Pole venture) are intended to better understand the cosmic rays which hit the earth — an interest that Jordan has long-held interest in particle astrophysics.

Specifically, particle astrophysics is a branch of physics that studies cosmic radiation to further comprehend the properties of elementary particles and the processes in space that produce these particles. This field blends elements of high energy physics and astrophysics.

Explaining the HAWC research project, Jordan says, ¨This effort is designed to study high energy gamma-rays from space.¨ Our previous experiment Milagro is the first gamma ray detector capable of continuously monitoring the entire overhead sky at energies below 1 TeV (terra electron volt — basically the unit of energy needed to keep a light bulb lit). HAWC is a new effort at much higher altitude (nearly 14,000’ above sea-level).

¨HAWC,¨ he adds, ¨is an order of magnitude more sensitive than any other all-sky instrument operating in the very high energy (VHE) regime. HAWC is the ideal instrument to study the transient and variable sources of VHE gamma rays in the Universe and to discover new phenomena.¨

IceCube, on the other hand, is a one-cubic-kilometer international high-energy neutrino observatory installed in the ice below the South Pole Station. ¨IceCube has opened the field of neutrino astronomy, exploring regions where the Universe opaque to high energy gamma rays originating from beyond the edge of our own galaxy,¨ he says.

¨IceCube is providing a totally novel viewpoint on the multi-messenger astronomy of gamma ray bursts, which have been identified as a possible source of the highest energy particles in nature.¨ In 2013, IceCube’s discovery of high energy astrophysical neutrinos was called the “Breakthrough of the Year” by Physics World Magazine.

Jordan earned his Ph.D. in Physics from the University of Maryland, where he also received his Master’s of Science and Bachelor’s of Science degrees in that discipline.

A prolific author in his field, he is also a fellow of the American Physical Society, a 1999/2000 University of Maryland Distinguished Scholar Teacher and a winner of the USM Regents award for excellence in teaching, the CMNS Creative Educator Award in 2013, the UM President’s Medal, and a Kirwan Award winner for teaching excellence. He is also the 2002 Richtmyer Award winner from the American Association of Physics teachers.