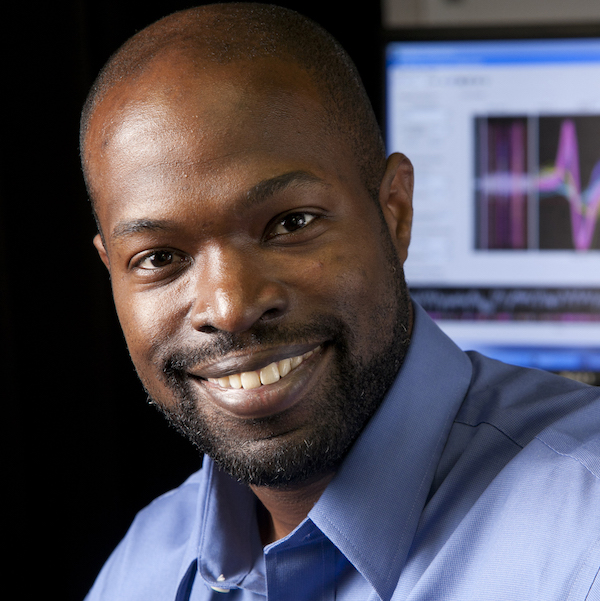 Dr. Kaf: Ushering in the Next Breakthrough – Better Treatment for Mental Illness

When commenting on what initially inspired him to pursue his noted work as a psychiatrist and neuroscientist, Kafui Dzirasa often passionately cites two pivotal events: hearing a clear, down-to-earth talk on brain science while in college by famous neurosurgeon Ben Carson, and learning of a family member’s battle with mental illness.

Kafui, Associate Professor of Psychiatry at Duke University, is today known for his groundbreaking research into understanding how changes in the brain, including genetic influences, produce neurological and mental illness. “The next great breakthrough in brain research, I feel, will come from how we view and treat mental illness,” he says. His ultimate goal is to combine such endeavors with his medical training and community experience to improve outcomes for diverse communities suffering from neurological and psychiatric illness.

“I was a junior in college when one of my childhood heroes came to our school and spoke on how the brain processes information,” Kafui says. Kafui recalls that Dr. Ben Carson’s talk was so descriptive and informative in covering the topic in simplistic, everyday terms, that soon Kafui became highly enthused about pursuing a career in brain science.

But this dream in personal ways later became much focused on psychiatry when, while in graduate school, one of his family members suffered from the impact of mental illness. Says Kafui: “It was the first time that I began understanding a family’s battle of dealing with a relative with mental illness, such as due to schizophrenia, bipolar disease or depression.” This led to his fervent interest in psychiatry, including psychogenetics– how genetic inheritance may contribute to mental illness in families.

Kafui in 2007 became the first African American to complete a Ph.D. in Neurobiology at Duke University, and in 2009 he earned his M.D. from the Duke University School of Medicine.  Among his many accolades, Kafui was awarded the Presidential Early Career Award for Scientists and Engineers: the nation’s highest award for scientists and engineers in the early stages of their independent research careers in 2016.