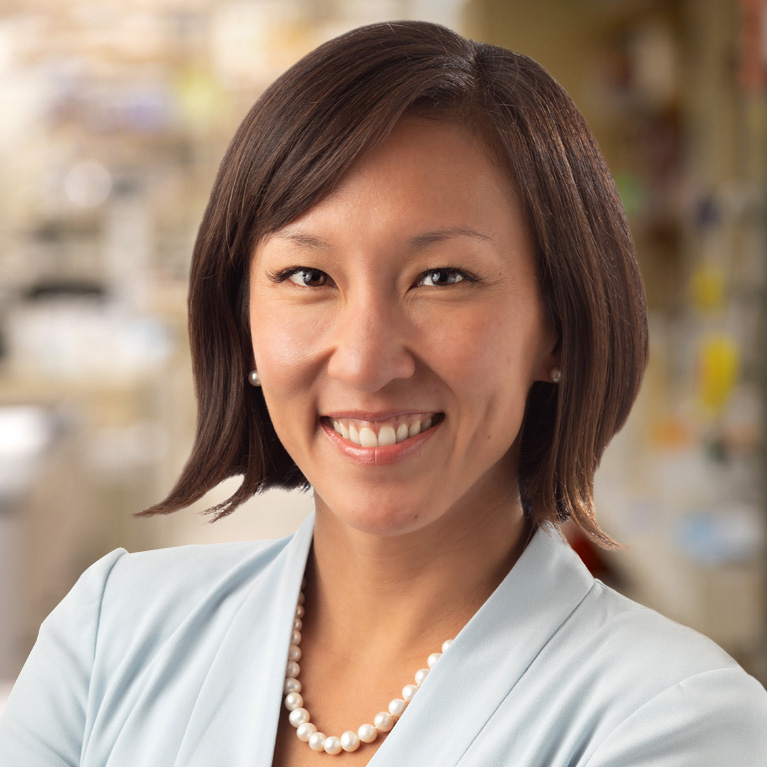 Kay M. Tye is a Professor and Wylie Vale Chair of the Systems Neuroscience Laboratory at the Salk Institute for Biological Sciences, and an adjunct faculty member at the University of California, San Diego (UCSD).  Her research program is focused on understanding the neurobiological mechanisms underlying social and emotional processes at the circuit, cellular and synaptic levels, particularly those relevant to psychiatric disease.

Her professional training began at the Massachusetts Institute of Technology (MIT) where she graduated with a major in Brain and Cognitive Sciences in 2003.  After taking a year off to travel, she earned her PhD at the University of California, San Francisco (UCSF) in 2008, and trained as a postdoctoral fellow at Stanford University from 2009-2011.  She then became an Assistant Professor at MIT in 2012, and was promoted to Associate Professor with Tenure in 2018.  She then moved her laboratory to the Salk Institute in 2019.

Professor Tye has been recognized with a number of prestigious research awards including the NIH Director’s New Innovator Award, the Presidential Early Career Award for Scientists and Engineers, the Society for Neuroscience Young Investigator Award, Technology Review’s Top 35 Innovators under 35, and the NIH Director’s Pioneer Award.  She has also been recognized with a number of awards for mentoring at the undergraduate, graduate and postdoctoral level.  Further, she is committed to outreach, promoting diversity and inclusion in science.