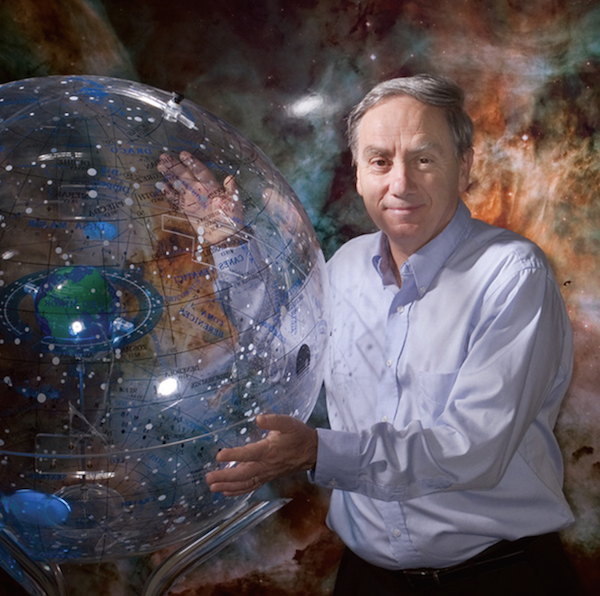 Mario Livio is a world-renowned astrophysicist who delves into such mysteries as Black Holes, Dark Energy, supernova explosions and the possibility of intelligent life in the universe, but his road to such lofty scientific study was clouded with strife at an early age as he first learned how to deal with challenges on a more Earthly plane.

As Mario himself writes: “I was born in 1945 in Romania. When I was a few months old, both my parents had to flee Romania for political reasons, and I was left with my grandparents until the age of five. In 1950, most Romanian Jews were pressured to leave, and I immigrated with my grandparents to Israel.”

Later as a young man he served with the Israeli Defense Forces as a paramedic in the Six Day War in 1967, the Yom Kippur War in 1973 and the war in Lebanon in 1982.

He is an internationally recognized astrophysicist, astronomer and author who spent over two decades at the Space Telescope Science Institute in Baltimore, MD, which operates the Hubble Space Telescope. Mario, who also has a strong penchant for art and literature, is author of key books that have popularized science, astronomy and mathematics among the general public.

When asked what drives him, Mario replies: ”I am driven by a passion to understand the universe, and at the same time driven by an enthusiasm to communicate scientific findings to the public. I strongly believe that science and mathematics should be communicated in the same way that literature and poetry are — as a part of human culture.”

For the past decade Mario has focused his research activities on supernova explosions and their use in determining the rate of expansion of the universe. He has also studied the phenomenon of Dark Energy, Black Holes and the formation of planetary systems around young stars.

His major influences as a young student included his high school math teacher. ”It wasn’t so much his teaching talents that had impressed me, but his ability to solve difficult problems we used to bring him. Problems that he had never seen before.”

Not surprisingly, Mario has gone on to remarkable heights in mathematics as well as science He is perhaps best known for his book on the irrational number phi. The Golden Ratio: The Story of Phi, the World’s Most Astonishing Number (2002) book won him the Peano Prize and the International Pythagoras Prize for popular books on mathematics. Livio’s book, entitled Is God A Mathematician (2009), was selected by the Washington Post as one of the best books of 2009.