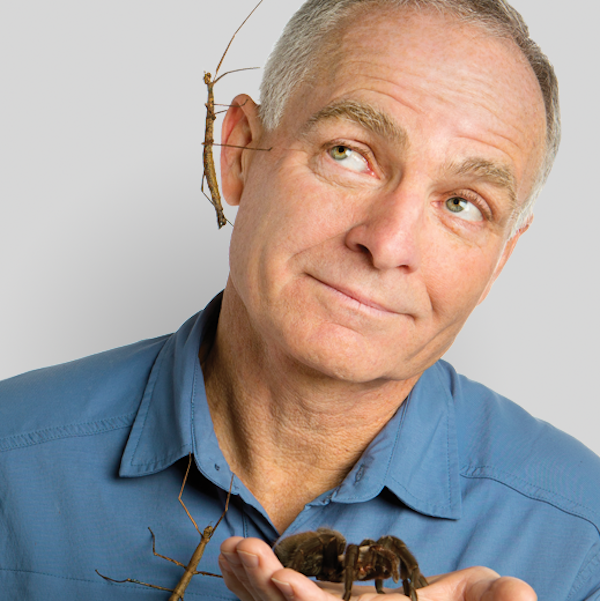 Noted Entomologist, Michael Raupp (a.k.a ‘The Bug Guy’) Takes You Inside The Fascinating World of Insects!

He’s known to the public as “The Bug Guy”, and for good reason.  With his wildly popular Bug of the Week website and YouTube channel, Michael Raupp, professor of Entomology and Extension Specialist at the University of Maryland, demystifies insect behavior and natural history for thousands of viewers weekly in 200 countries around the world. Not to mention being featured on such major news media outlets as NPR, National Geographic, Science Channel, PBS NewsHour, The Dr. Oz Show, and Tyra Banks, where he has expounded on a wide range of creepy crawlers – from stink bugs and the Northern House Mosquito to the Asian ladybird beetle and the Rabid Wolf Spider.

As a noted entomologist (a specialist in the study of insects), Michael’s research focuses on examining ways by which some plants escape attack from plant-eating  insects and from other natural enemies in the insect communities. Through these efforts, his goal is to create sustainable, natural landscape systems that have minimal dependence on man-made pesticides, thereby promoting the conservation and enhancement of biologically diverse environments.

In addition, his extension programs provide training to a diverse clientele, including growers, public and private sector landscape and park managers, and private citizens.