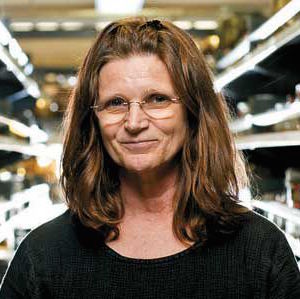 This is an ecological situation that should concern all of us:  the world’s coral reefs are in danger of disappearing.

“In the Caribbean alone over the last three decades we’ve lost 80 percent of all corals,” says renowned coral reef biologist Nancy Knowlton who serves as the Smithsonian Institution’s Sant Chair for Marine Science.”And we’re also losing an increasing amount of coral in the Pacific, and even places like the Great Barrier Reef, which we used to think of as healthy, are now experiencing significant coral loss.”

What this all means, she warns, is “if we don’t change our direction as humans in the way we manage the planet,  coral reefs as we know them will be gone by the year  2050, which is really unbelievable.”

Why are coral reefs so important? These simple, basic skeletal animals (similar to sea anemones)  form a vital part of the world’s ecosystem and help to provide the oceans with much of  their biodiversity.  “About a quarter of all marine species live on coral reefs, so this represents an important source of food,” says Nancy, who in her position at the Smithsonian leads the institution’s effort to foster a greater public understanding of the world’s oceans.

In addition, she says, coral reefs are becoming a vital source for biopharmaceutical drugs, and provide crucial shoreline protection against hurricanes and tsunamis, as well as serving as a lucrative draw for tourism for many coastline areas worldwide.

Emphasizing the seriousness of the coral reef situation, Nancy says, “This is a level of destruction that rivals the devastation of tropical rain forests. We’re headed towards major ecological problems if we don’t change our ways — and that’s not just coral reefs, it’s ocean  resources in general.”

So, what things specifically are endangering coral reefs today?  One culprit is overfishing which is wiping out a lot of fish and other marine life who would normally eat the seaweeds that can smother corals, says Nancy, who began studying reefs in the mid-1970s on the  north coast of Jamaica in a place called Discovery Bay.

The second threat is declining water quality, caused by toxic materials, mud, and fertilizers that run off the land. The third danger to coral reefs is carbon dioxide, which not only makes the oceans too warm for reefs but also changes the chemistry of the water, making it more acidic, says Nancy.

She adds: “The more acid that’s in the water, the harder it is for corals to deposit the skeletal structures that form the bulk of the reef. It’s sort of like when you’re mother told you not to drink so much Coca-Cola because it would dissolve your teeth. It’s the same kind of principle.”

In addition to her work in the evolution and conservation of coral reef organisms, Nancy is also known for her work in ecology. Her analyses of marine ecosystems  have led to the now widespread recognition that estimates of marine diversity are probably too low by a factor of ten.

She received her undergraduate degree at Harvard University and her Ph.D. at the University of California at Berkeley, and was a professor at Yale University prior to moving to the Smithsonian Tropical Research Institute in Panama.  Later, she joined the Scripps Institution of Oceanography at the University of California at San Diego, where she became the founding Director of the Center for Marine Biodiversity and Conservation.  She was appointed to her current post at the Smithsonian in 2008.  Her husband Jeremy Jackson is also a renowned marine biologist.

Among her numerous professional activities, Nancy currently serves on the National Board of the American Association for the Advancement of Science and on the editorial board of the Annual Review of Marine Science.

As she continues to spread the word about endangered coral reefs, Nancy is often asked by individual citizens what they can do to help, and if it is alright to snorkel among the reefs.

“I think we should be snorkeling and swimming on reefs, because I think people only develop a passion for protecting things if they know what is at risk,” she says.  However, it’s also important to manage tourism properly, including managing the number of people visiting reef areas, she adds.

“ If you have a lot of people going onto reefs, stepping on reefs, collecting things from reefs, breaking corals off, or throwing anchors on top of reefs, that’s not good.,” she advises.  “It’s important to properly manage the numbers of people and their behavior when they’re in water. It’s also important to make sure that the hotels that support that tourism have good water treatment for the sewage that they release, and that they aren’t also feeding this large population of visitors critically important reef fish.”

Other things that are critical to the preservation of the reefs: “We must change our patterns of fossil fuel usage so we can get carbon dioxide emissions capped and declining,” she says.” We have to do that. Reefs can’t grow in the level of acidity that is projected for business-as-usual CO2 emissions.”  She adds: ”But while we struggle with the problem of the global threat of greenhouse gas emissions, reducing local stresses is essential and have been proven to make a difference. “

“And on a more generic level,” Nancy says, “I wish that people would really, passionately, appreciate, and protect the biodiversity of the ocean, not just on coral reefs but the world at large.”  To learn more about these creatures large and small, including many that need our help, check out Nancy’s book, Citizens of the Sea, published by National Geographic.