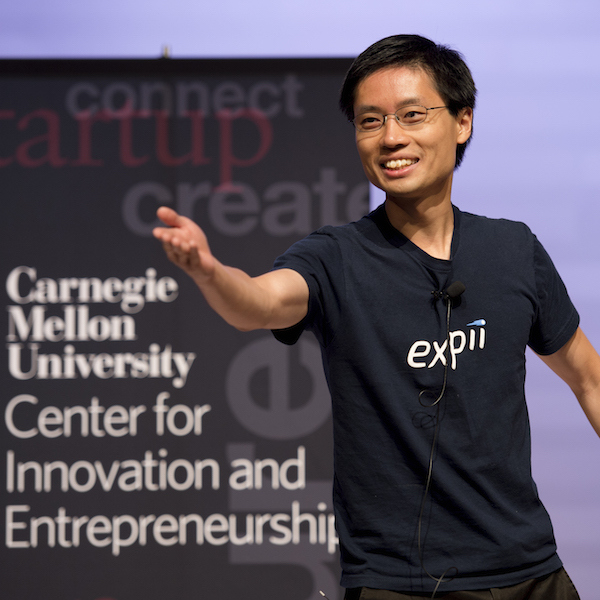 Bringing Mathematics to the World

Po-Shen Loh is a math enthusiast and evangelist. He works across the entire mathematical spectrum, from the creation and discovery of original research to the communication of math and inspiration of the world. He achieves this by fusing efforts and perspectives from several of his leadership roles. He is a math professor at Carnegie Mellon University, the founder of the social enterprise expii.com, an education technology startup providing a free personalized learning platform on every smartphone, and the national coach of the USA International Mathematical Olympiad team.

As an academic, Po-Shen has numerous distinctions, from an International Mathematical Olympiad silver medal to the National Science Foundation’s CAREER award. His scientific research considers a variety of questions that lie at the intersection of combinatorics (the study of discrete systems), probability theory, and computer science. As an educator, he led Carnegie Mellon University’s math team to its first-ever #1 rank among all North American universities, and led the U.S.A. Math Olympiad team to its first-ever back-to-back #1-rank victories in 2015 and 2016.

Through Expii, Po-Shen extends his activity to the global mainstream, combining algorithms and crowdsourcing to deliver a free artificial intelligence powered tutor for the world of math and science, with a twist. Informed by his experience as a coach, Expii seeks not only to lift the general public to the level of standardized tests, but to propel our civilization beyond, achieving levels represented by today’s academic competitions. He pioneers these efforts because he believes that the growth and adoption of free online resources, will open math up to more students. “It is now becoming possible for any student who wants to excel at math to do so, no matter where they come from,” he told the Washington Post.