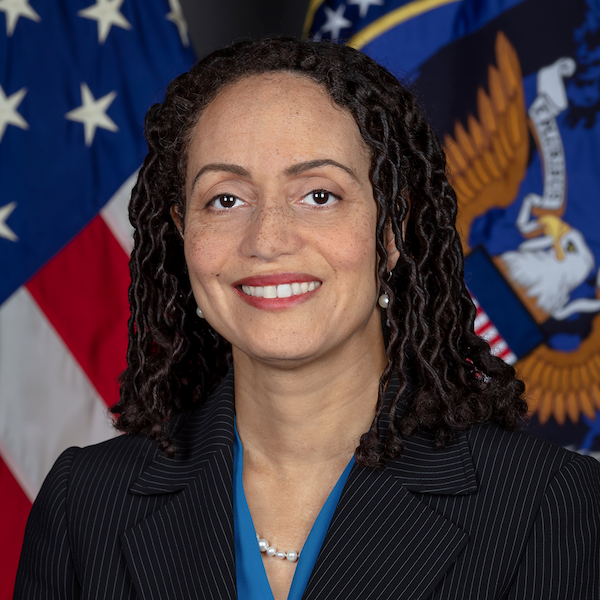 U.S. Office of the Director of National Intelligence (ODNI)

Dr. Dixon is the No. 2 intelligence official in the United States!

Dr. Stacey A. Dixon was sworn in as the Principal Deputy Director of National Intelligence (PDDNI) on Aug. 4, 2021. She currently serves as the sixth Senate-confirmed PDDNI.

Possessing over 18 years of intelligence experience, Dr. Dixon has led the Intelligence Community at the highest ranks. Dr. Dixon joined ODNI after serving as the eighth Deputy Director of the National Geospatial-Intelligence Agency (NGA) from 2019-2021, where she assisted the Director both in leading the agency and managing the National System for Geospatial Intelligence.

Prior to serving at NGA, Dr. Dixon was a staff member for the House Permanent Select Committee on Intelligence. She first started her intelligence career at the Central Intelligence Agency (CIA) in 2003, where she was assigned to the National Reconnaissance Office’s advanced systems and technology directorate.

An accomplished leader, Dr. Dixon holds both a doctorate and master’s degree in mechanical engineering from the Georgia Institute of Technology and a bachelor’s degree in mechanical engineering from Stanford University. She was also a chemical engineer postdoctoral fellow at the University of Minnesota. Dr. Dixon serves as a presidentially nominated member of the Board of Visitors to the U.S. Coast Guard Academy and is ODNI’s liaison to Spelman College’s Center for Excellence for Minority Women in STEM. Dr. Dixon is a native of the District of Columbia, where she currently resides.