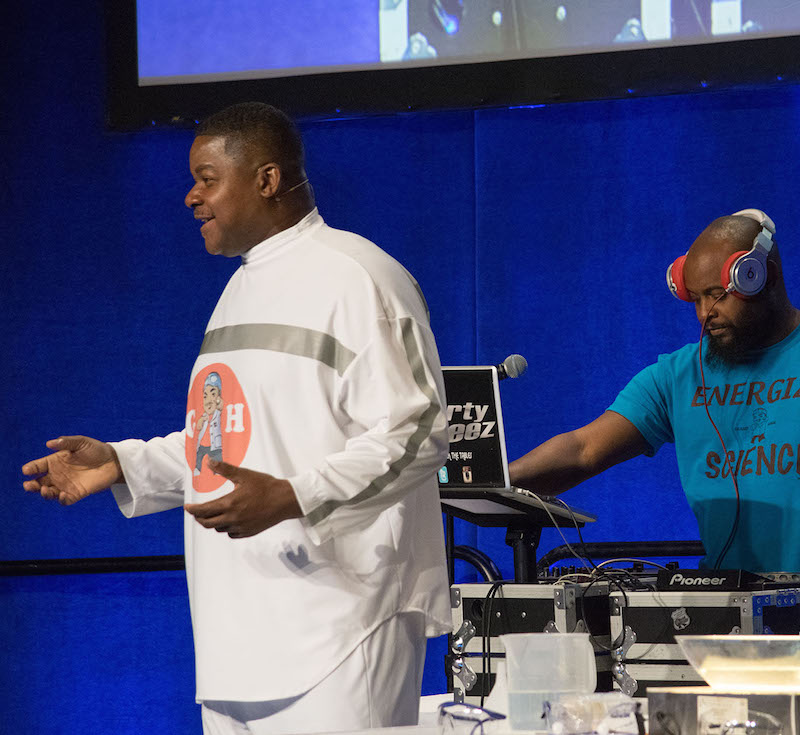 Grand Hank: Rocking the World of STEM Education Through Hip-Hop and Science Exploration!

Tyraine Ragsdale (a.k.a. Master Scientist – Grand Hank) – Known as one of the most preeminent and exciting stage performers in STEM education today. As president and CEO of Grand Hank Productions Inc. (GHPI), this former research chemist for Johnson & Johnson, has combined his passion for science, hip hop music and multimedia production to motivate and inspire under-served and under-represented students in STEM. A graduate of the University of Pittsburgh with a degree in Chemistry Grand Hank has reached more than 10-million students, parents, and teachers globally with his STEM educational programs, products and services, including an 11-city STEM road show in South Africa.

Grand Hank has also had a role in bringing science education to television in the mid-90’s – early 2000’s as the co-founder and host of The “Science of Philadelphia” and The “Science Lab of Grand hank” television shows.

Grand Hank’s commitment to moving science education to new levels has not gone unrecognized. A recipient of the George Washington Carver Award and the coveted presidential award from the National Science Teachers Association are a few of the accolades for his accomplishments.

His most recent project is putting the finishing touches on the new Grand Hank Science Center for Inner City Youth in Philadelphia. The new 10,000 sq. ft. facility will help disadvantaged and under-represented students learn science through hand-on experiences.