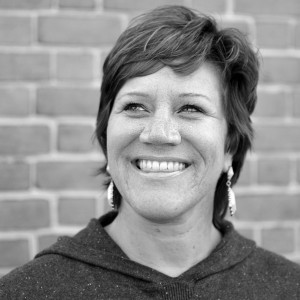 Karen Rennich’s passion for beekeeping began while she was growing up watching her Russian grandfather manage bee colonies in his backyard. In addition to eating the honey, she remembers being fascinated by not only the skill and care required of beekeepers, but also by the natural beauty of bees and their colonies.

Although beekeeping remained an interest, Karen pursued another passion after high school graduation: engineering, and enrolled in Purdue University at West Lafayette, where she earned a Bachelor’s of Science degree in ocean engineering. Later, she received a Master’s of Science degree in the same discipline from Johns Hopkins University, and worked for over 14 years at the Johns Hopkins Applied Physics Laboratory designing sensor systems for the Navy and Department of Defense.

But her childhood fascination with beekeeping was never far from her mind, so much in fact that a career change ensued: She began keeping bees over 8 years ago. Says Karen with a smile: “Sometimes doors open in our career paths that lead us in new directions.” She is currently Executive Director of the Bee Informed Partnership (BIP), and with its close affiliation with the University of Maryland, she has also worked in honeybee research for five years.

BIP is a large collaboration between research institutions, universities, and beekeepers from all over the country, and at this organization, Karen and colleagues are intimately involved with studying and coordinating research findings on a host of issues related to bee populations in the U.S. and globally. This includes investigating the pressing problem of why bee populations are declining at an alarming rate, and what can be done about it.

Speaking at a recent TedXMidAtlantic presentation on the decline of bee populations in the U.S., Karen told her audience: “To any casual observer who has read the newspaper in the last 4-5 years, you will understand that bees are in trouble — and if bees are in trouble, we are in trouble.” Why? Of the 100 crops that supply about 90 percent of the food for most of the world, 71 are pollinated by bees, researchers report. Pollination has a direct effect on the quality of food and the diversity of crops. In addition, declines in bee populations mean fruit and vegetables are less available and more expensive.

Says Karen: “In the last 50-60 years, we’ve lost up to 60 percent of our bee colonies in the U.S. We still do not know what’s killing them, and it’s taken far longer than we anticipated to find the exact cause of the problem.” However, researchers suspect that the Varroa mite, which feeds on the honeybee, may be the culprit. Varroa mites are known to suck a blood-like substance from honeybees, leading to disease and deformities. Karen says that researchers also hope to stem future colony losses by addressing pesticide use and protecting habitats.

Karen was led to her work at BIP and to bee research after meeting the noted bee researcher Dr. Jeff Pettis during her career transition to beekeeping. She began working with him in 2010 to manage and conduct the groundbreaking APHIS National Honey Bee Survey. This led to her appointment as Project Manager of BIP when the organization was awarded a five-year grant from the USDA National Institutes of Food and Agriculture (NIFA) in 2011. She was promoted to BIP Executive Director in 2015.

Working with BIP’s close affiliation at the University of Maryland’s Etymology Department, “I really enjoy helping bridge the gap between the academic scientific community and the beekeepers to reduce colony losses,” says Karen.

She has been a beekeeper for more than eight years and manages 12 colonies at home.