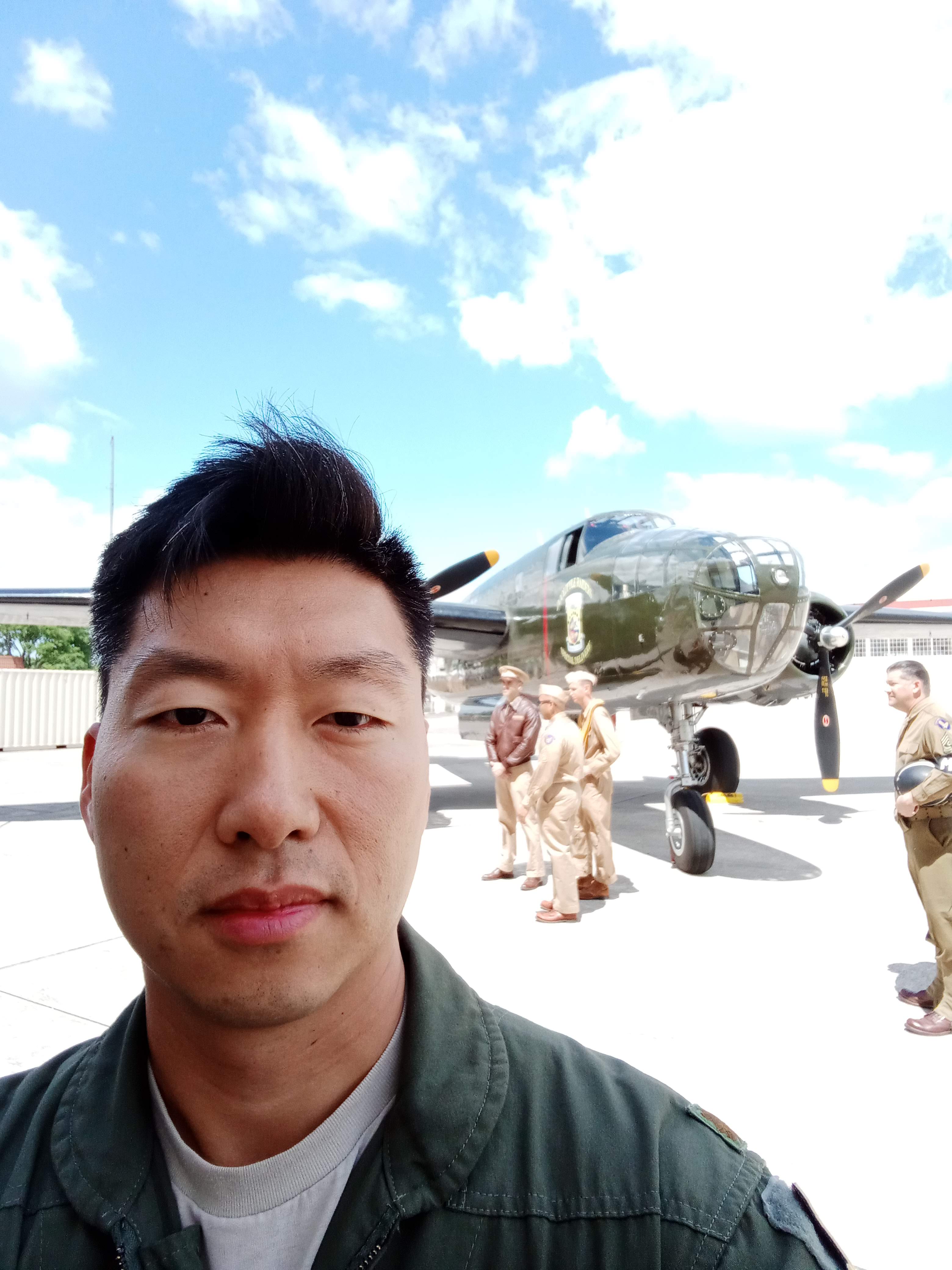 When Jay Park was 8 years old, his parents immigrated from South Korea to the United States in hopes of building a better life for Jay and his older brother. His parents didn’t know it at the time, but, for Jay, that better life would mean serving in the Air Force.

The Parks settled in Oklahoma, just a few miles from Tinker Air Force Base. And while the young Park constantly saw airplanes flying over his city, he could never picture himself piloting one of the mighty jets that roared overhead.

After graduating high school, Park almost enlisted in the Army.

“I wanted desperately to help my mom so I thought the best thing I could do was to become self-sufficient,” he said. “Thankfully, my best friend’s father convinced me to go to college and join the military as an officer. I had no idea what that meant, but, somehow, I found ways to get grants to help pay for in-state tuition, which allowed me to put the military on hold.”

Even though his tuition was covered, Park found out during his freshman year of college that he still needed an income to cover living expenses. He worked part-time jobs, but soon realized he would need more money if he was to stay focused on finishing college.

“I started looking into ROTC (Reserve Officer Training Corps) scholarships because I became friends with some of the Air Force ROTC cadets in my intro to engineering class,” he said. “One of them became a close friend of mine who helped me get in touch with the detachments on campus. By the grace of God, I ended up with AFROTC Det. 675.”

After college, Park said his plan was to do four years in the Air Force, thank the military for helping him pay for his education and giving him a job, and then quickly transition to life in the civilian sector.

“What I failed to realize was that the Air Force began to shape me and mold me into a leader,” he said. “It taught me many lessons and allowed me to experience so many wonderful things. It forced me to become more responsible, taught me to manage tasks well, but also to be a leader among my peers. It also didn’t hurt that the ladies in my life loved the uniform.”

It was at this time that Park said he started thinking about becoming an aviator.

“I still remember to this day sitting inside the big auditorium, sweaty and hot at field training in the middle of the Texas summer heat, watching a clip of a B-1B Weapon Systems Officer talking about how cool his job was and thinking, ‘I want to do that!’” Park said.

He set his sights on becoming an Air Force WSO.

“Training to become an F-15 Strike Eagle WSO was long and challenging to say the least,” he said. “But, it was definitely rewarding and the sense of accomplishment was amazing. I would be lying if I told you there weren’t times when I wished I had gone an easier route – same rank, same basic pay, regardless of your job in the military. But, in the end, it was being part of a community, belonging to a group of highly skilled fighter pilots and leaders that drew me in.”