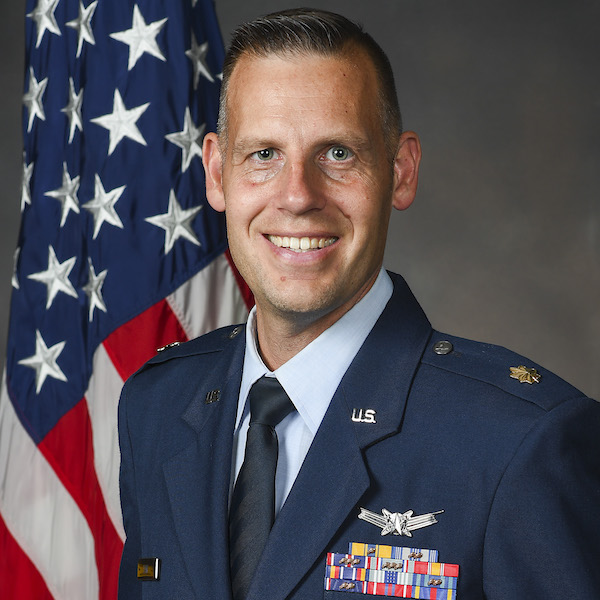 Major Adrian Law is the Director of Operations, 339th Recruiting Squadron, Clinton Township, MI.  He is the principal advisor to the Squadron Commander and directs all aspects of squadron operations for 83 military and civilian personnel.  He executes a $1.3 Million dollar annual budget and provides strategic oversight of operations, support and production programs.  The squadron covers 56 thousand square miles and has 43 recruiting offices and 2 military entrance processing stations in Michigan, Ohio and Indiana.

Major Law began his career by enlisting in the Air Force as an Information Manager and did multiple tours as an Air Force Recruiter.  He was then commissioned through Officer Training School.  He has served two space operations tours as a satellite operator and mission commander.  Major Law has also held positions as a Wing level Executive Officer and as Operations Group senior crew evaluator.