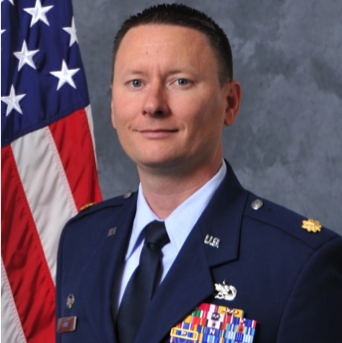 Major Andrew J. Cobb is the Commander, 9th Maintenance Squadron at Beale Air Force Base, California. Major Cobb is responsible for the training, morale and welfare of over 345 military, civilian and contractor personnel in 10 Air Force Specialties. He leads these outstanding Airmen in the maintenance of 29 U-2/T-2, 11 T-38 and 18 RQ-4Bs both at Beale Air Force Base and forward operating locations.

Major Cobb accepted his commission through the Reserve Officer Training Corps in May 2005 after graduating from the University of Missouri-Columbia. He has served in various positions as an aircraft maintenance and recruiting officer. Prior to his current position, he served as the Maintenance Operations Officer for the 27th Special Operations Maintenance Squadron at Cannon Air Force Base, N.M.

Major Cobb has deployed in support of the Continuous Bomber Presence in the Pacific and Operations Enduring Freedom, Inherent Resolve and Freedom’s Sentinel.