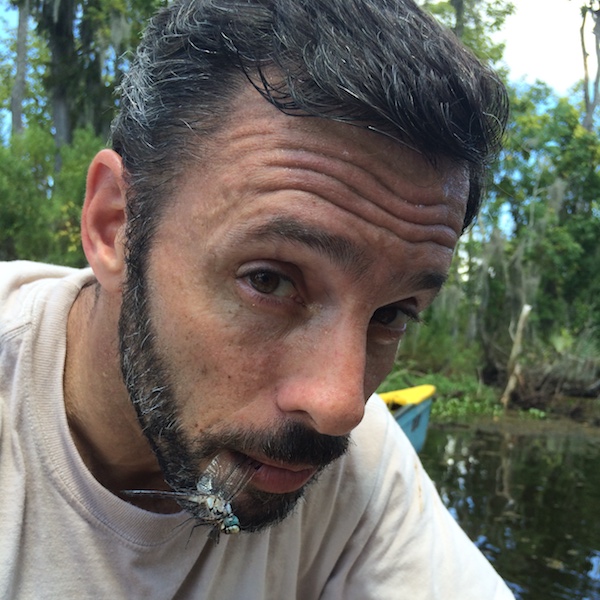 ‘Bug Appétit’: From Crickets to Waxworms, Zack Lemann (aka The Bug Chef) Serves Them Up For You!

One of the nation’s most knowledgeable entomologists (experts in the branch of zoology dealing with insects), Zack Lemann has shared his passion for insects with the public since 1992 at the Audubon Zoo and more recently at the Audubon Butterfly Garden and Insectarium in New Orleans — the largest free-standing American museum dedicated to insects – where he is currently Curator of Animal Collections and Visitor Programs.

Having a particular scientific interest in spiders, which he studied as a graduate student, Zack however is perhaps better known as the “Bug Chef.” He has not only cooked bugs at various Audubon Nature Institute events, but has dished up insects on such shows as The Tonight Show with Jay Leno, and other national TV programs.

Over the years as an entomologist, he has come to learn the nutritional value of insects – ranging from crickets and dragonflies to honey pot ants, beetles and waxworms. The Audubon Insectarium where he works has even opened a café called “Bug Appétit” which cooks and serves such favorite dishes as Chocolate Chirp Cookies and Cricket King Cake for visitors.

Zack, who earned degrees in Anthropology and History from Duke University, told the Daily Advertiser recently: “Many insect species that have been assayed [examined] for their nutritive value have good ratios of proteins, carbs and fat. Also, most insects I’ve read about have fairly high amounts of iron, calcium, phosphate, riboflavin, thiamine and niacin, all of which are important components of a good diet.”