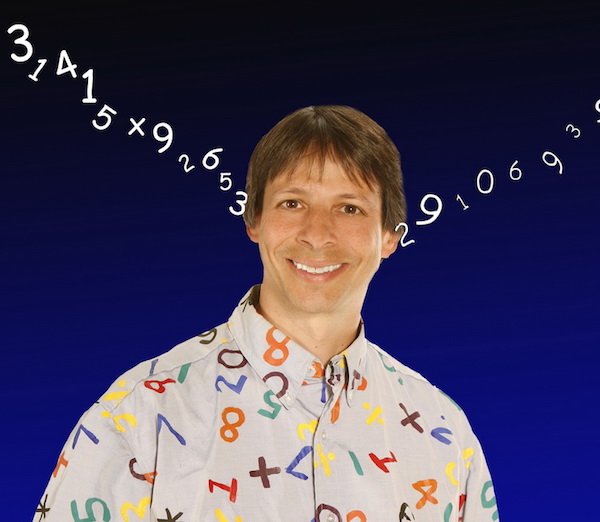 A tour de force in mathematical research, Art Benjamin is equally formidable and amazing when performing before audiences in the role that he is best known by millions: Mathemagician – a wizard who performs rapid mental calculations faster than a calculator!

The widely known speakers forum, Ted Talks, got it right when describing the essence of Art and his mission to connect with audiences, both kids and adults: “Arthur Benjamin makes numbers dance. Using daring displays of algorithmic trickery, lightning calculations and number wizardry, he mesmerizes audiences with mathematical mystery and beauty. It’s part of his drive to teach math and mental agility in interesting ways, following in the footsteps of such heroes as Martin Gardner.”  For these performances, known as “Mathemagics,” he has been featured on such media venues as The Today Show, CNN, The Colbert Report, and National Public Radio.

“Math is the science of patterns, and learning it teaches us not just logic but creative thinking,“ says Art, who is professor of mathematics at Harvey Mudd College where he specializes in combinatorics (a branch of mathematics that deals with clever ways of counting things ). He is also co-author of Secrets of Mental Math (which shares his secrets for rapid mental calculation), as well as the co-author of the MAA award-winning Proofs That Really Count: The Art of Combinatorial Proof.  Art earned his Bachelor of Science degree with highest honors in applied mathematics at Carnegie Mellon University; his Masters of Science degree and Ph.D. in engineering in mathematical sciences at Johns Hopkins University.