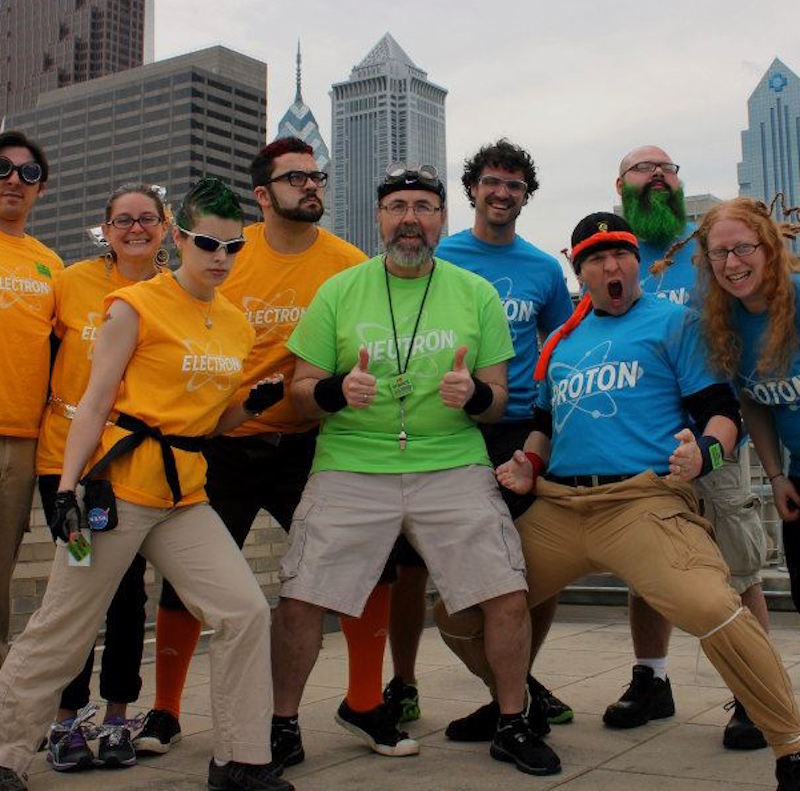 Are You Ready for a Science Showdown?

Imagine pitting your wits and knowledge in science against other challengers on stage in a thrilling interactive competition for science supremacy? That’s what happens when the Franklin Institute’s Traveling Show team brings its “Science Showdown” to your STEM outreach event.

The Showdown competition goes like this: From the opening bell, contestants are asked to explain the science behind a series of science demonstrations covering such topics as air pressure, liquid nitrogen, rocketry, and combustion. Topics are chosen from a hat, and after explaining the selected topic, each participant is asked to perform a demonstration based on the topic. A referee keeps everything in line and administers fouls as necessary. The Showdown concludes when the entire audience is engaged in acting as judges to help determine who reigns supreme in the competition.

Located in Philadelphia, The Franklin Institute, one of the oldest and premier centers of science education and development in the country, was founded in the spirit of inquiry and discovery embodied by Benjamin Franklin to inspire a passion for learning about science and technology. For more information, please visit https://www.fi.edu/