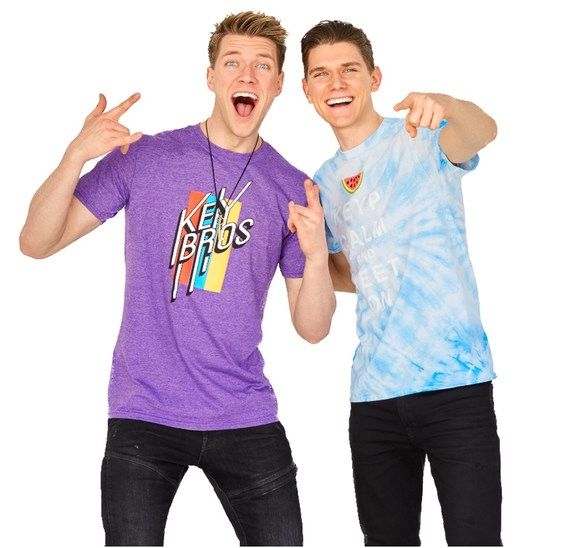 Collins and Devan Key are among the most popular digital entertainers in the world with over 23 million YouTube subscribers, over 5 billion views and averaging over 25 million views per video. Their brand-safe content is engaging for all ages. Collins exploded onto the mainstream in 2013 as a finalist and fan favorite on America’s Got Talent, followed by opening up for Demi Lovato on her Neon Lights tour. In addition, Collins and Devan were given complete creative control by the Disney Channel to create 5 weeks of interstitials, which aired in 2017. As part of their unique content offering, Collins was the creative force behind AT&T’s The Disappearing Girl, which generated 31 million views, 111 million impressions, 2 million engagements, and went on to win a Shorty Award, Ad Week Arc Award, Streamy Award and was a case study at Cannes Lions. In 2018, Collins and Devan traveled to Mumbai, India to perform live in front of 10,000 screaming fans at YouTube Fan Fest, in addition to Collins hosting YouTube On Stage at Vid Con that year. Collins was also nominated for numerous Teen Choice and Streamy Awards. Collins and Devan aren’t just in front of the camera; they work extensively behind the scenes developing their company’s business strategy with a deep understanding of analytics, helping shape their company’s continued growth and expansion.