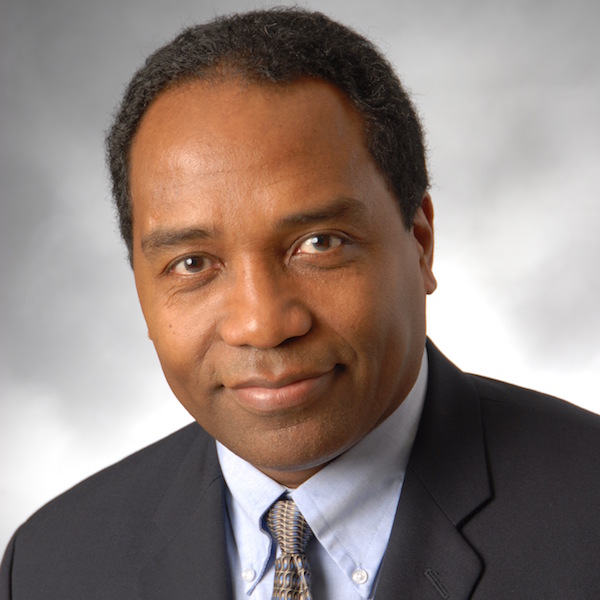 Winning the Fight Against Disease With Research

Griffin Rodgers is what many experts would call the consummate physician-scientist. He recognizes the formidable uphill battle he and his colleagues often wage against disease on behalf of patients, but realizes, with an irrepressible dose of optimism, that research is helping win the fight.

Says Griffin: “The health problems we face as a Nation are real and the results of research offer substantive promise for solving the difficult questions faced by millions of Americans every day and the health professionals who treat them.”

Adding credibility to his words is the fact that Griffin serves as Director of the National Institute of Diabetes and Digestive and Kidney Diseases (NIDDK) under the federal government’s National Institutes of Health.

NIDDK conducts and supports research on many of the most serious diseases affecting public health including diabetes, endocrinology, and metabolic diseases; digestive diseases and nutrition, including obesity; and kidney, urologic and hematologic diseases.

In his job, Griffin oversees an annual budget of $1.8 billion and a staff of 650 scientists, physician-scientists, and administrators. “It is truly an honor to be given the opportunity to lead an organization with a mission as far-reaching and varied as the NIDDK,” says Griffin, who is known among colleagues across the country as a dedicated and accomplished clinician and researcher, as well as a first-rate research administrator.

“Although NIDDK has a long and distinguished history of accomplishment as an Institute, we must continue look to the future to capitalize on the opportunities for disease prevention that new technologies and discoveries are giving us,” he adds.

As a research investigator, Griffin is widely recognized for his contributions to the development of the first effective — and now FDA approved — therapy for sickle cell anemia, a serious genetic blood disorder occurring almost exclusively in people of Africa or of African descent. He was a principal investigator in clinical trials to develop therapy for patients with sickle cell disease and also performed basic research that focused on understanding the molecular basis of how certain drugs induce gamma-globin gene expression.

He was honored for his research with numerous awards including the 1998 Richard and Hinda Rosenthal Foundation Award, the 2000 Arthur S. Fleming Award, the Legacy of Leadership Award in 2002 and a Mastership from the American College of Physicians in 2005.

Griffin received his undergraduate, graduate and medical degrees from Brown University in Providence, R.I. He performed his residency and chief residency in internal medicine at Barnes Hospital and the Washington University School of Medicine in St. Louis. In addition to his medical and research training, he earned a master’s degree in business administration, with a focus on the business of medicine, from Johns Hopkins University in 2005.

Before being named Director of the NIDDK, he served as NIDDK’s Acting Director, and was the Institute’s Deputy Director from 2001-2009. He has also been chief of the NIDDK’s Molecular and Clinical Hematology Branch since 1998; the branch is now administratively managed by NIH’s National Heart, Lung, and Blood Institute.