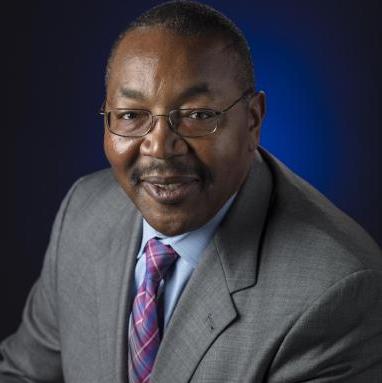 Gregory L. Robinson is the Director for the James Webb Space Telescope Program in the NASA Science Mission Directorate (SMD).

Previously, he was the Deputy Associate Administrator for Programs, responsible for assessing NASA programs as the projects and institutions for technical and cost effectiveness, quality, and performance.  He also coordinates program and project content with the other NASA Mission Directorates, and federal agencies in which SMD has partnerships.  SMD has a portfolio of 97 missions in formulation, development, and operations.

Mr. Robinson served as NASA Deputy Chief Engineer (2005-2013); He had primary responsibility and authority for oversight of Agency engineering work, including the design, manufacture, testing, operation, training, and maintenance practices and products. Additionally, he provided policy for and oversight of the readiness and execution of all NASA programs to ensure development efforts and mission operations were planned and conducted with sound engineering and proper programmatic controls.

Prior to Mr. Robinson’s reassignment to NASA Headquarters in 1999, he spent 11 years in various leadership positions at NASA’s Goddard Space Flight Center in Greenbelt, Maryland.

Among his time with NASA, Mr. Robinson has received numerous individual and group performance awards, including the Presidential Rank, Distinguished Executive; and Meritorious Senior Professionals and Executives Award.

Mr. Robinson is a native of Danville, Virginia.  He and his wife, Cynthia reside in Manassas, VA, and have three adult daughters.