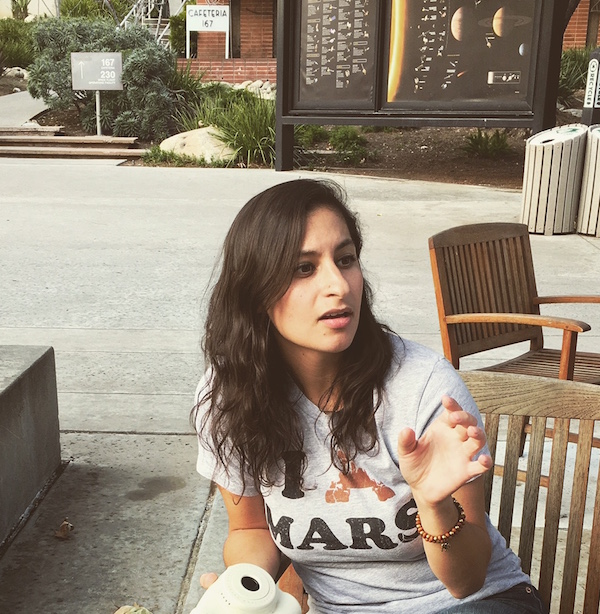 As a systems engineer at NASA’s Jet Propulsion Laboratory (JPL) in Pasadena, CA, Mallory Lefland is playing a key role in the Mars 2020 Mission – a highly challenging undertaking to investigate a region of Mars where this ancient environment may have been favorable for microbial life. The mission, set to launch in 2020, will probe the Martian rocks for evidence of past life while collecting samples of soil and rock, and cache them on the surface of Mars for potential return to Earth by a future mission.

During the Mars 2020 project, Mallory is serving as a member of the Entry, Descent, & Landing (EDL) Systems Engineering Team. Her responsibilities include the planning and execution of the test plan for the EDL Timeline, the software engine that will be used to land a rover on Mars in 2021. “Creating and testing sequences to send to the rover, and then to actually see the rover perform those actions on Mars, is one of the most exciting parts of my job,” she said in an interview with Career Girls, an online magazine.

Mallory joined JPL in 2013 where she has also worked as a systems and operations engineer on the Mars Science Laboratory Curiosity rover, and as the flight system thermal engineer for the Mars 2020 Mission. She also enjoys serving as a mentor to young girls in science and math. “I would love to see more women working in my field because they bring a much-needed perspective to the workplace,” she adds. Mallory earned her bachelor’s degree in aerospace engineering from the Georgia Institute of Technology in Atlanta.