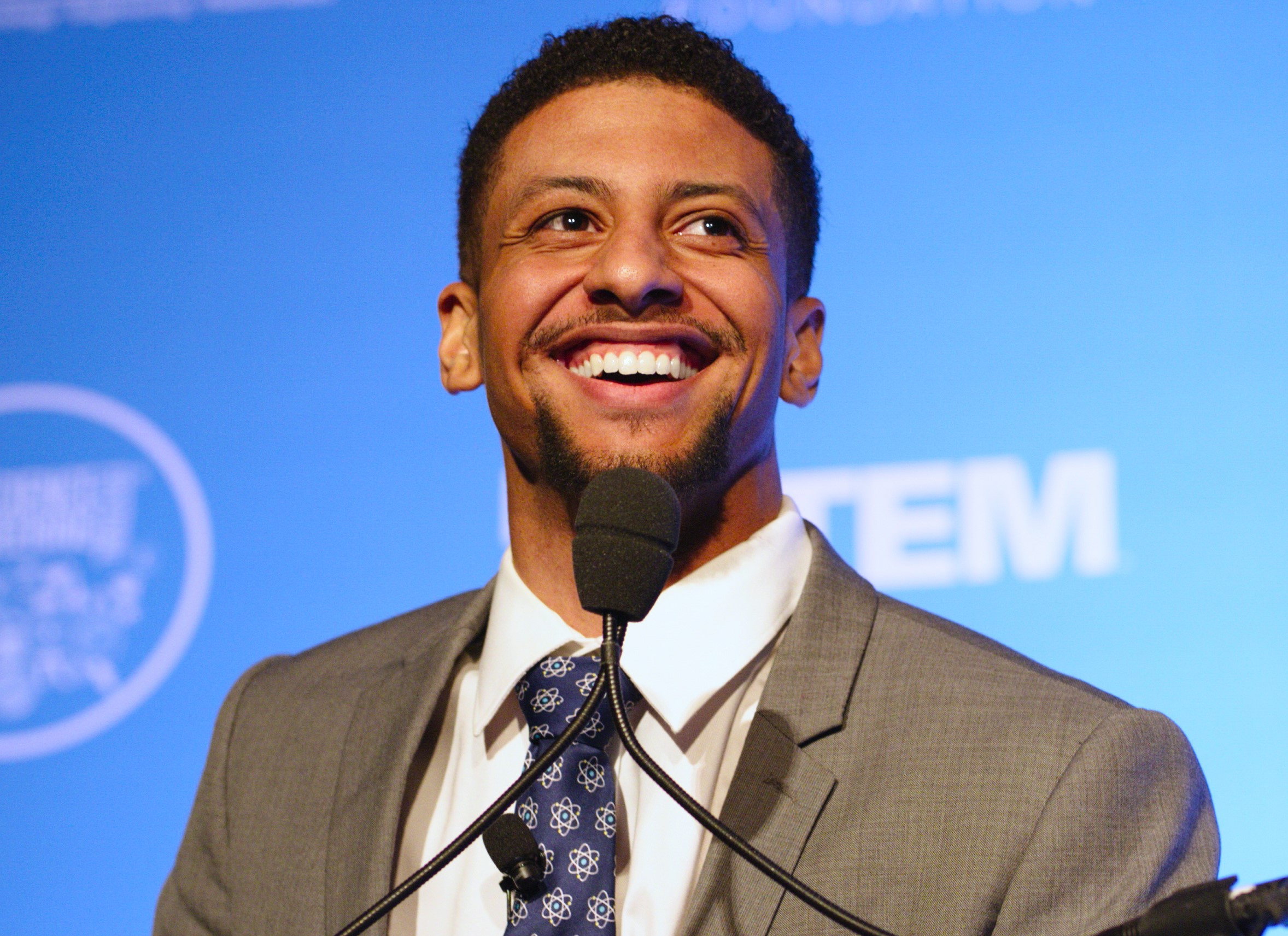 A rising star in STEM education and advocacy, Justin Shaifer is a LinkedIn Top Voice in Technology and popular science communicator with a talent for understanding and inspiring Gen Z. He is the Founder and Executive Director of Fascinate, Inc., a nonprofit that partners with organizations such as Microsoft, Google and the MIT Media Lab to excite underrepresented students about STEM careers. He is also a science education PhD student at Teachers College of Columbia University and host of WGBH’s live science show, Escape Lab featured on Twitch. Known for the Magic Cool Bus Project and his TEDx talk, “How to Speak Generation Z,” Justin is a prominent presence on social media. He continues to reach millions with his content, keynotes and workshops.

Justin’s goal “to be for STEM what ESPN is for sports” and to, inspire young people to “embrace their inner nerd despite their surroundings,” springs from his own life experience. Growing up in a single parent home on the South Side of Chicago, he had little awareness of the potential of a STEM career. Self-taught and fascinated by science, Justin earned scholarships from NASA and NOAA that covered 100% of his tuition and room and board at Hampton University. Justin graduated with a degree in marine and environmental science, earning the department’s highest GPA while also serving as student body president. Committed to paying his success and love of science forward, Justin founded Fascinate, Inc. a nonprofit that reaches out to underrepresented students to “Get Them Into STEM!” through culturally responsive STEM curriculum. He recently launched the Magic Cool Bus, a mobile museum and STEM program that “travels to schools in black and brown neighborhoods offering guided instructional play with 3D printers, drones and other gadgets.” His other notable work includes ‘Hood Science, an animated series designed to demystify STEM concepts for urban students and Fascinate, a YouTube channel featuring animations and explanations of STEM concepts. Justin’s work has been featured in Forbes, Variety, Essence and other media.